Dr. Munro is a Clinical Professor in the Department of Obstetrics and Gynecology of the David Geffen School of Medicine at UCLA, and Director of Gynecologic Services at Kaiser Permanente’s Los Angeles Medical Center. He is a Fellow of both the American College of Obstetricians and Gynecologists and the Royal College of Surgeons of Canada.

Dr. Munro’s clinical and research interests are oriented to the minimally invasive approaches to gynecological disorders with particular interests in surgical education and training as well as the problem of abnormal uterine bleeding including investigation, medical and procedural interventions. He was a founding co-chair of the FIGO Menstrual Disorders Committee that has been responsible for the development and publication of the FIGO Nomenclature and Classification Systems for causes of abnormal bleeding in the reproductive years that has been created to facilitate the design and interpretation of related clinical trials.  He is also the study chair of STOP-DUB, a US federally funded, multicenter randomized clinical trial comparing hysterectomy to endometrial ablation that, to date is the largest of its kind.

He has published more than 100 papers, 26 chapters, and four books including Abnormal Uterine Bleeding, released by Cambridge University Press in 2010. He has also authored the web-based patient book "Understanding and Solving my Abnormal Periods" that can be linked to from this site. Dr Munro is also on the Editorial Board for the Journal of Minimally Invasive Gynecology,  the Journal of Endometriosis and Chronic Pelvic Pain, and the Journal of Midlife Women’s Health, and he is a reviewer for numerous other peer-reviewed specialty journals. He has served the American Association of Gynecologic Laparoscopists (AAGL) as a member of the Board of Trustees (2000-2002) and was the inaugural chair of the AAGL Practice Committee, charged with the development of evidence based practice guidelines related to minimally invasive approaches to gynecology. His PubMed Bibliography can be found here. He lives in Los Angeles, California and his MEDLINE/PubMED bibliography can be found here. 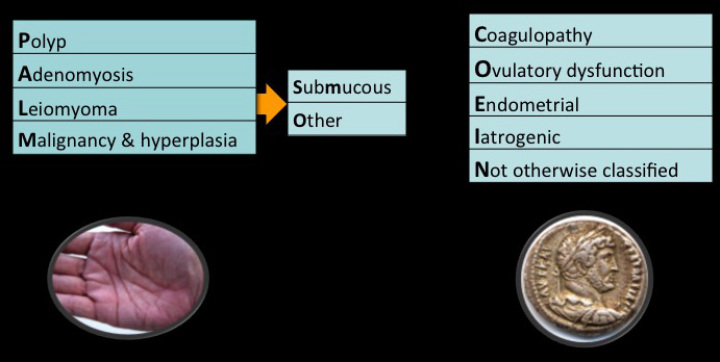 What is Acute AUB?

"An episode of heavy bleeding, that, in the opinion of the clinician,  is of sufficient quantity to require immediate intervention to prevent further blood loss."

What is Chronic AUB?

"Bleeding, from the uterine corpus, that is abnormal in volume, regularity, and/or timing, and has been present for the majority of the past six months" 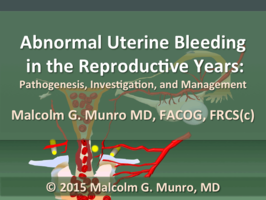 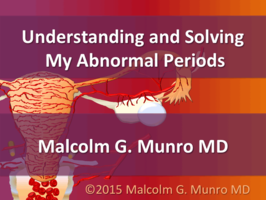 Click the image for the companion patient version of this web-book...